DigitalOcean, the cloud for developing modern apps, announced the launch of Managed Databases, with PostgreSQL as its first offering. The service will allow developers to create fully managed database instances in the cloud quickly and efficiently.

With Managed Databases, developers no longer have to grapple with the many administrative tasks that accompany such deployments or hire staff to manage them. Instead, DigitalOcean takes care of the setup, maintenance, configuration and security of databases, so developers can remain focused on creating great applications.

“Our product development is driven by one vital question: How we empower developers to do more valuable work in less time,” said DigitalOcean’s Senior Vice President of Product Shiven Ramji. “With Managed Databases, developers and their teams can focus on creating meaningful applications and sharing them with their communities, without the headache of having to manage the database infrastructure that enables the process. We do this all with an intuitive interface, full API support, transparent pricing, feature richness and flexible scalability.”

As one of the company’s first fully-managed offerings, Managed Databases represents another key step in the company’s mission of becoming the Developer Cloud of choice for building modern apps. The service was also one of the most widely requested new products among DigitalOcean’s customer base, showcasing immense need among developers to simplify the process of managing databases in the cloud.

“Cloud managed databases represent the future of enterprise data management for most businesses,” said Carl Olofson, research vice president for Data Management Software research at IDC. “The best way for any enterprise to get the full benefits of cloud, with its elasticity and pay-as-you-go model is to have databases in the cloud running under managed services. DigitalOcean is specializing in such a service and is thus likely to offer expert service. They deserve active consideration by anyone considering locating a database workload in the cloud.”

DigitalOcean’s Managed Databases offering for PostgreSQL is available now to all customers. 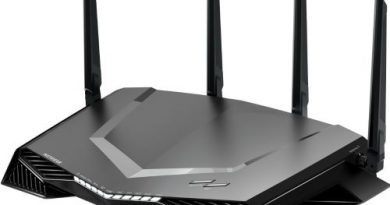 Furthering its commitment to serving the community at large, MG Motor India has today started the hunt for a quick-to-produce