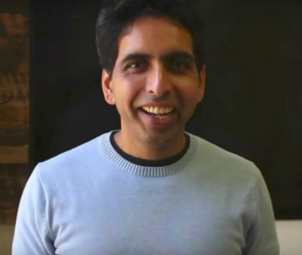 Khan Academy India (KAI), today announced the second edition of its India Talent Search. The program seeks brilliant explainers whose videos help students succeed in school and find joy in learning. The contest will be open in five major Indian languages – English, Hindi, Kannada, Marathi, and Tamil. Each language will have, one winner who will receive a grand prize of INR 75,000 and, one runner-up receiving a prize of INR 25,000. All finalists will be considered for longer-term video creation contracts and will have their videos published on Khan Academy’s website.

The first edition of Talent Search, which was conducted last year received close to 500 video applications. The entries received were highly diverse with participation from first year undergraduate students to experienced teachers, with all the contestants deeply passionate about Khan Academy’s mission of enabling quality education for all. Two members who were finalists from last year are a part of content team of Khan Academy India today.

Kick-starting India Talent Search 2017 and talking about the India roadmap, Sandeep Bapna, MD, Khan Academy India, said, “We are delighted to launch India Talent Search 2017. It’s a fun contest, so do participate and help us spread the word. Looking ahead a few years, we see a big challenge and opportunity in creating local language content, as a vast majority of new Internet users would seek content in their own language. Making Khan Academy resources available in as many Indian languages as possible is a high priority for us and this program is a significant step in that direction.”

The organisation has aligned its maths content to NCERT curriculum. It is working to make Khan Academy content available in multiple languages using three different models including in-house efforts (eg bilingual Hindi-English), partnerships with private foundations (eg Hindi, Gujarati, Bangla) and public private partnerships as in the case of Kannada.

To increase its reach to students in rural India, Khan Academy India has been working with various state governments. They recently signed a Partnership Agreement with the Government of Karnataka to make available educational content including videos, exercises, articles and teacher tools, in Kannada. These include 5,500+ videos and 20,000+ exercises in Math and Science, as well as dashboards, which already help millions of students and teachers around the world.  Earlier they had also partnered with the Government of Rajasthan to bring personalized learning to state schools starting from this current academic year.

On the product side, Khan Academy has made available all its content including videos and exercises for mobile usage. These apps are completely free, are continuously being optimized for low bandwidth conditions, and have features such as bulk download for offline usage. It has also introduced a slew of new features for teachers to make the learning platform more personalised, more useful in class and cooler than ever.

Breaking News Automobile Who In Charge