Bengaluru, May 16, 2015: Amazon.in hosted The Amazon Great Indian Summer Sale between 6th – 8th May, 2015 offering customers Block Buster Deals across hundreds of categories and products. Amazon.in also rolled out the ‘Pehle App’ initiative where customers shopping on the Amazon Shopping app received exclusive app only deals plus an early access to blockbuster deals.

“We are thrilled with the interest and excitement ‘The Amazon Great Indian Summer Sale’ generated among customers from across the country. 6th May 2015 was the biggest day ever for Amazon.in -it was bigger than the two previous big days (October 6th & October 10, 2014) put together in a single day. The response has been unprecedented and far exceeds our expectation. Millions of customers benefitted with our ‘Pehle App’ offering and enjoyed exclusive app only deals and an early access to blockbuster deals,” said Samir Kumar, Director Category Management, Amazon India.

“It is humbling to see the unprecedented response to ‘The Amazon Great Indian Summer Sale’ from customers across India. With over 500% growth in new customers on mobile with Amazon ranked as the No. 1 app, 40% increase in new customers from the smaller cities, a 6X growth in our seller club with INR 1 crore+ sales and overwhelming traffic during the event, the ease of shopping, trust and convenience of the Amazon platform delighted customers and sellers alike,” says Amit Agarwal, Country Manager & VP, Amazon India.

“6th May 2015 will be a day to remember, the sales graph went berserk within a few minutes of 8 a.m. deal opening; we frantically rechecked our offer prices to figure out if we had made a mistake in the pricing & missed a zero in the price or something like that, but thankfully nothing like that had happened, this was the Amazon flood at its best nourishing the deal starved consumers with genuine deals. The Amazon Great Indian Summer Sale event was a tremendous success for F-Gear and its loyal customers as it helped us raise the brand’s profile on India’s foremost online marketplace – Amazon.in. The event reinforced F-Gear as a national brand to be reckoned with and increased sales by 9x the very first day of event.”

Mr Anshul Jindal: Proprietor F-Gear – Fgear is a seller in the categories of Luggage and Handbags based out of Bengaluru.

“I started selling on Amazon.in October’14. My experience has already been great so far as I was growing at a good pace till last month. But I was overjoyed when my sales sky rocketed in these 3 days of the Amazon Great Indian Summer Sale. What I was doing in a month I almost did in t 2 days.  Wow!! Amazon motivated me to #AurBecho.”

Mr. MohammedUmar Maniar: Maniar International (Maniar Tyreworld) are authorized dealers for all leading brand of tyres and car accessories based in Ahmedabad

“Got very good response in the Amazon Great Indian Summer Sale deals event. 2 SKUs were fully sold out within a minute. I wish I had stocked more inventory for the deals. I have just made provision for stocking 5000 units more and looking forward to more such events in future. On the 3rd day the deal response was even bigger, not only I exhausted my complete FBA inventory, I also got 50 orders in MFN (non FBA) mode”.

Mr Aniket: As Retail – is a seller dealing in the Handbags category based out of Ahmedabad

“This was the best promotion ever seen on Amazon.in till now, good response in the category we have. We would like to tell Amazon.in to plan these kind of promotions in the future”

Mr Manish: From Stylabs that sells Mobile Accessories based out of Baroda 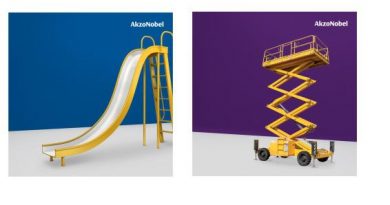 Travel light this long weekend with these amazing gadgets 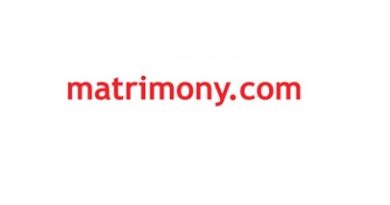 60% Telugu Singles Want to Choose Life Partner on Their Own: TeluguMatrimony Report

In its endeavor to celebrate the courage, commitment and unfathomable spirit of our Covid warriors, Dalmia Bharat Group is organizing Jazbaa-e-Bharat – an