Ever notice how a cut inside the mouth heals  faster than one to the skin? Gum tissue repairs itself roughly twice as fast as skin and with reduced scar formation. One reason might be the characteristics of gingival mesenchymal stem cells (GMSCs), which can give rise to a variety of cell types.

Researchers at Penn Dental Medicine set out to determine whether and how GMSCs play a role in accelerated wound healing. Their results, indicating that these cells secrete tiny vesicles packed with signaling proteins, point the way forward for therapeutic strategies that could treat delayed wound healing and other conditions that involve an overactive inflammatory response, such as autoimmune diseases.

“This study represents the convergence of different paths we’ve been exploring,” says Songtao Shi, chair and professor of Penn Dental Medicine’s Department of Anatomy and Cell Biology and the study’s senior author. “First, we know that the healing process is different in the mouth; it’s much faster than in the skin. Second, we discovered in 2009 that the gingiva contains mesenchymal stem cells and that they can do a lot of good therapeutically. And, third, we know that mesenchymal stem cells release a lot of proteins. So we asked, How are the gingival mesenchymal stem cells releasing all of these materials, and are they accelerating wound healing in the mucosal tissues?”

The work appears in Science Translational Medicine. Shi collaborated with Xiaoxing Kou, a visiting scholar at Penn Dental Medicine and the first author on the work.

To understand what distinguishes mesenchymal stem cells in the gingiva from those in the skin, they began by comparing their extracellular vesicles. They found that GMSCs contained more proteins overall, including the inflammation-dampening IL-1RA.  Around the margins of wounds, they found IL-1RA was increased in GMSCs, while mice lacking IL-1RA took longer to heal gingival wounds.

5000 children get affected with Typhoid, Diarrhoea and Flu in India every day 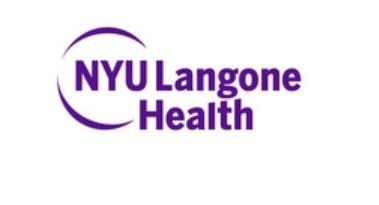