This has been started to become a trend, making a movie which is based on novels. Chetan Bhagat’s novel 2 States was made into a movie with similar name in 2014, starring Arjun Kapoor and Alia Bhatt. Nowadays, the filmmakers give the authors/books their due credit and publically announced that their movie is based on the particular novel.

In this case both the movie and the novel are famous. Othello was written by William Shakespeare in 1603. The story revolves around the two main characters Othello and his unfaithful friend, Iago.

Omakrais the Hindi version of Othello which is set in Uttar Pradesh, starring Ajay Devgan, Saif Ali Khan, playing the major characters of Othello and Iago respectively. The movie was directed by Vishal Bhardwaj. Every character in the movie shares the same sound or letter in their first name as in the original classic.

With book coupons,get Othello (Novel) paperback edition at Flipkart for Rs.199 and get 5% off on Axis bank buzz credit cards.

The novel is written in Bengali by Bimal Mitra and the story is set in Calcutta, during the last years of nineteenth century. The novel brings the story of the family. It is the story of a woman who wants to be a real wife and enjoy romance.

The plot in the movie is same as the novel, the plot explores a platonic friendship between a lonely and beautiful wife of an aristocrat and a part time servant, ghulam. The film stars Guru Dutt, Meena Kumari, Nazir Hussain, Waheeda Rehman, Rehman. The movie was a both commercial and critical success with critics praising the performance of Meena Kumari as Chotti Bahu. IndiatimesMovies ranks it among the Top 25 Must See Bollywood Films.

The novel follows the life of a young, Scottish doctor named Andrew Manson as he sees the challenges of practicing medicine across England. The Citadel confronts medical ethics and has been notes as one of the inspirations for the formation of National Health Service.

Dev Anand produced the movie, Tere Mere Sapne which is based on this novel. The movie stars Dev Anand, Hema Malini, Mumtaz and Vijay. The movie was released in 1971 and the music is given by legendary S.D. Burman. Some of the songs in the movie have turned classics such as “Le mainekasam li”. Vijay Anand performed his role brilliantly even overshadowing Dev Anand in some scenes.

Avail The Citadelon Flipkart for the paperback edition at Rs.995 at 5% discount.

Avail 70% off on books on Flipkart to get best novel offers.

The novel Emma written by famous author, Jane Austen and it got first published in 1815. Many critics consider Emma as Jane Austen’s best novel, it is also her longest novel and by many accounts her most difficult. There are many puzzling questions which are presented in Emma like: how a character like Emma intelligent as Emma can be wrong at so many times? Is the ending happy as it’s pretended to be? These questions will make you read this novel again and again.

The best two movie adaptions of the novel are Aisha (2010) and Emma (1996). Emma is truly a romantic movie, if you will love all the soppy stuff you will love the movie, there are some extra twists which are added for pleasure. The lead actress Gwen does justice to her role and the cast also performs well. If you are a fan of Jane Austen then this movie is a must watch.

The other movie Aisha, starring Sonam Kapoor. The movie is a modern day adaption of the novel Emma. Aisha is similar to Emma in many frames and adds few exceptions here and there. The songs in this movie are good, cinematography is excellent which makes the movie appealing. It is a good time pass flick and does not completely does the justice to the novel by Jane Austen.

Emma paperback edition is available on Amazon for Rs.159 with 20% off.

Pinjar is a novel written in Punjabi in 1950 by famous novelist Amrita Pritam. It focuses on the story of a Hindu girl who is abducted by a Muslim man but when she returns home she is not accepted by her parents. The book is believed to be one of the best literatures written around with the backdrop of partition.

Buy the paperback edition of Pinjar on Amazon for Rs.262.

Everyone loves to watch movies and if a movie is on their favorite nook then it gets more awesome for them.There are other books which are turned into movies, but we cannot cover all of them. If you are looking to buy books then do check out novels on stores such as Flipkart, Amazon, etc.

LeEco achieves 50,000+ registrations for Super3 series within a week ahead of its first flash sale on August 26 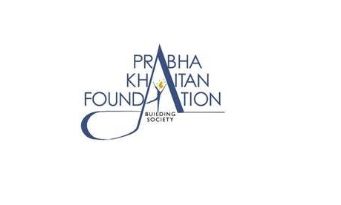