The Road Safety Data Dashboard captures end-to-end data from road collisions and fatalities thus, helps to identify vulnerable spots, assess risk factors and type of accidents, profiles of high-risk victims and vehicles as well as reveals accident data by the time of data and week. By centralizing in-depth information dating back to 2016, it aims to serve as a tool for authorities to analyze data on various parameters and devise preemptive measures in an efficient and timely manner.

Gracing the occasion, Hon’ble Minister of Road Transport and Highways, Government of India, Mr. Nitin Gadkari, mentioned that road safety is one of the most sensitive and important subjects for the country. There are multiple challenges surrounding road safety like fake driver’s licenses, faulty road engineering and lack of adequate awareness among public at large. The Ministry of Road Transport and Highways is committed to undertaking steps for tackling each one of these in an effective manner. Some of the interventions, which have been planned include computerized issuing of driver’s license, opening of new driver training schools, road safety audit and treatment of blackspots. Collaborative action is the need of the hour – citizens, education institutions, corporations, not-for-profit organization and media can play a crucial role in strengthening law enforcement and building capacity to reduce accidents and saving millions of lives.

At the event, Dr. Shashi Tharoor, Hon’ble Member of Parliament, also launched an e-learning module for ‘Youth and Road Safety’ developed by Safer Roads For Gurugram in partnership with UNITAR (United Nations Institute for Training and Research). The 90-minute module has a video-based interface which aims to raise awareness and build capacity among the youth to champion safer road use. It sheds light on the importance of road safety measures and provides core skillsets and knowledge on safe road behaviors. It also explores various different ways to help combat road traffic injuries and death.

Sharing his thoughts on the issue of road safety and the youth, Dr. Shashi Tharoor, Hon’ble Member of Parliament, said, “As per statistics, a quarter of all road crashes in India involve people up to the age of 35. Analysis of road accidents indicate four major challenges to road safety: Corrupt ways of attaining driver’s license, negligence while driving, bad road designs and poor emergency responses. Consistent efforts need to be made towards educating the public where they need to respect fellow road user’s space when using the roads. While legislation is the place to initiate these efforts, public education will be playing a substantial role in creating safer roads for all.”

According to the Ministry of Road Transport and Highway, Government of India, road crash is one of the leading causes of unnatural deaths in India. These road crashes kill close to 1,50,000 people each year in India, and this average fatality rate is one of the highest in the world. It is estimated that the road accidents put a burden of close to 1% to 3% of the country’s GDP.

Commenting on this occasion, Mr. Ben Verhaert, President – South Asia, AB InBev said, “As India’s infrastructure continues to develop at a rapid pace, with new roads being built at the rate of 45 kms per day, we also need to be cognizant of the fact that we have one of the most unsafe roads in the world. India is a signatory to the Brasilia Declaration, a commitment to halve road traffic deaths and injuries by 2020. To achieve this bold ambition, collective action is the need of the hour and we are confident to achieve this as most road safety risk factors are within human control. We are committed to the United Nations Sustainable Development Goals (SDG). As a significant global operator of roadway fleets, we have a unique opportunity to lead the change by working closely with our partners to improve road safety, reduce road vulnerability and create awareness among road users.”

In the last few years, AB InBev has launched many on-ground interventions called City Pilots across the globe. These interventions focus on locally relevant issues and has been instated in various cities of Latin America, South Africa, Belgium, Brazil, and China. 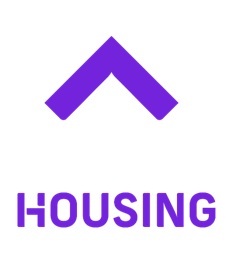